Ryan Maifield and JConcepts start off 2012 with a bang with 2 wins at CRCRC Winter Midwest Championships. Gold compound rules at annual indoor event.

Each year the racing contingent gathers in Ohio for CRCRC’s annual event the Winter Midwest Championship. For the annual event, the pits were again completely packed with racers topping out at just over 380 entries. Classes ranged from the traditional 1/10th buggy classes and Short Course all the way to 1/8th e-buggy. All the major teams were represented and in the house for the first true test of 2012.

First off was the 4wd Mod Buggy. TQ Ryan Maifield lead the field from the tone, with a three car break away. Ryan, using Gold compound on his Finnisher wrapped B44.1, put in consistent quick laps, that allowed him to have a comfortable lead, which he held until the end.

A2 of 4wd was a repeat of the first. With a three car break away, Ryan held off early pressure to take his second win in the class, wrapping up the first Championship of the weekend. Other JConcepts Team drivers had to do battle in all three mains to claim their finishing order. Congratulations need to go to Kai Goff, Dan Griffin, and Paul Sinclair for the effort they put in over the weekend to make the A, and their well respected finishes.

2wd Mod buggy had a total of five JConcepts equipped drivers in the 10 car field. A1 started as a close race with battles throughout the field. As the race progressed, a mistake by the leader allowed Ryan Maifield to take the lead. As the field battled for position, Ryan was able to gain a comfortable lead, and cruise in for the win.

A2 had the Ryan and Ryan show in the front. Early on, a mistake by the third place car stacked up the field, allowing the AE pilots to check out. The leader had trouble with the triple, and Maifield, being inches off the rear of the car, claimed the top spot, and drove flawlessly to claim the win, and his second Championship of the day.
JConcepts drivers Kai Goff, Dan Griffin, new recruit Brandon Marsh, and JP Richards all had great finishes to round out the day.

Mod 2WD SCT had Ryan Maifield on the pole, but as A1 started off with the tacky wet Ohio clay, the Gold compound Pressure Points had too much traction, making it difficult to drive yielding a third to start off the class.

A2, with some minor adjustments to his Hi-Flow wrapped SC-10 Ryan held the lead well into the race, One mistake allowed Tebo to get by, with Ryan glued to his bumper. Trying to make a move on several occasions, Ryan had to settle for a 2 in the round.

A3, Ryan laid down the statement of who was the fastest SCT. With the best overall time, and fastest lap of any SCT main, Ryan cruised to an easy victory, claiming 2nd on the podium.

Thanks to CRCRC for another excellent race. And to the JConcepts Team who were in attendance. Every one of you did an amazing job, with great results across the board. 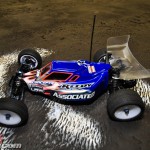 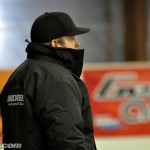 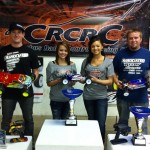 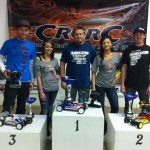 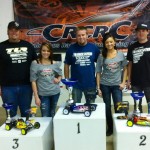 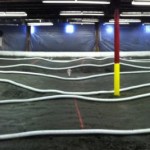 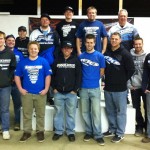