JConcepts Team Driver Ray Munday has scored a Triple Victory at the Bendigo Cup, Round 2 of the ORRCA Victoria drivers series. The series visited the historic gold-rush rural town of Bendigo for the first time in over 17 years and 99 entries were received over the different classes.

The Badlands track is a 1/8 track made of a sandy surface, which put traction at a premium and had everyone scrambling through their tyre boxes. JConcepts came up trumps with Flip Outs (buggy) and Double Dees (SCT) being the dominant choice for most A finalists!

Being a new track for most racers, the results were open. In the Mod classes local hero Scott ‘2 Hottie’ Rawlings (AE) was the hometown favourite, young gun Glen Bonetti (AE) has been getting quicker each race, Andrew Selvaggi (AE) had been showing good speed and Andrew Giddings (Kyosho) from Mildura is always fast. All would be trying to knock off 2010-11 Series champ Ray Munday with his JConcepts / Novak / Associated cars. Reflecting the fact that SCT is now a serious race class, Ray also entered this with Scottie 2 Hottie the man to beat!

2WD Mod:
In Qualifying Round 1, Glen Bonetti scored first blood with a 9/5:36 after Ray crashed twice on the last lap. In Q2 and Q3, with the track drying off Ray claimed TQ with wins in both, Glen only a few seconds behind in a great display of driving on a difficult track. Scott Rawlings claimed 3rd on the grid.

In the finals, Ray cleared out in A1 from Glen and Scott. His Novak powered B4.1 was on rails with custom Double Dee cut down front tyres and Green Flip Out rears digging into the track. A2 was a different story and one of the races of the day. Ray crashed on the far doubles on lap 1 and ended up in last place with the whole pack in front. Scott Rawlings took advantage of this and stretched out a lead. Glen Bonetti was in 2nd place but got caught up on a pipe. Ray clawed through the field and with a minute to go had caught the leader, but a slight bobble gave Scott some breathing space. Ray hounded Scott for the last lap and the two had a drag race across the line with the local hero taking the win by the narrowest of margins! A great result for Scott who made the move to mod this year and is a funny guy to boot.

A3 was an anti-climax in comparison, with Ray running out an easy winner on the drying track to take the overall win from Scott Rawlings and Glen Bonetti. All 3 used JConcepts tyres with Glen also using the JConcepts Finnisher body on his B4.1 WC.
Special mention also to Jody Denner, who recently moved to Australia from the UK and after a 10 year layoff managed to place 6th in the A on a very unfamiliar track surface.

4WD Mod:
The slippery track condition and big straights were well suited to the super fast 4wd mod cars. The speeds down the straight and through the esses was insane, and the air over the big back jumps got lots of gasps from the crowd!

In qualifying rounds 1 and 2 it was Ray taking the win from Glen. In round 3 Ray had a DNF letting Glen take the round win to seal 2nd on the grid from Scott Rawlings, who had electrical gremlins in round 2. Andrew Selvaggi would line up 4th.

For the finals Ray strapped on a new set of Flip Outs on the new Inverse rims onto his Novak powered B44.1 and the car was locked in, leading every lap of A1 and A2 to claim the overall win. Glen Bonetti was 2nd in each, both times a few seconds back from Ray but staying close enough to be in the hunt if Ray made a mistake. In A2 this happened at the 3 minute mark when Ray traction rolled on a rut in the far left hand hairpin, Glen catching right up but just not being able to pass.
In A3, Ray sat it out and Glen led from start to finish from Scott, securing 2nd and 3rd overall respectively. It was a fantastic drive from the youngster who is surely destined for victories in the future.

Short Course:
Scott Rawlings came out of the blocks firing with a 1st and FTD in round 1, using his home track advantage to the maximum. Ray wasn’t able to match his speed but a setup and driving change for round 2 gave him 1st, resulting in a 3rd round showdown. After the dust settled it was Ray on TQ from Scott, with Keilor racer Kyle Sanders (Losi) a strong 3rd. Winner of the first round at Knox, Tim Woods had it all to do after qualifying 8th but was determined to fight through in the finals.

The race at the front was anti-climactic with Ray taking out all 3 A mains with his JConcepts / Novak AE SC10FT from Scott Rawlings, but as usual with SCT the battles through the pack were intense. In the final wrap up it was Shannon Fitsimmons finishing 3rd after a great drive.

Both Ray and Scott used the JConcepts Hi-flow body to tame the jumps, Green Double Dee tyres to grip the track, Hazard rims to give stability and the JConcepts Under-tray to keep the dirt out of the chassis.

A big thanks to the hard-working committee from the Bendigo club who put on a challenging track and a fun event! There were a few teething problems but everyone is looking forward to returning there next year.

The next round of the drivers series will be at the awesome Mildura track on the 11th June. See you there!

Full results can be found at keilorrc.org.au 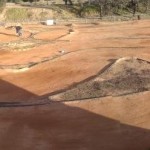 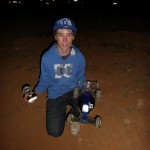 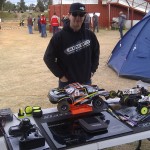 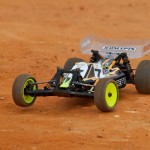 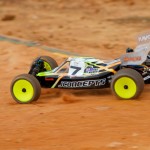 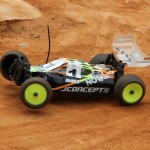 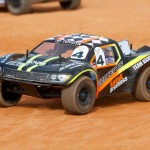 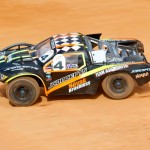 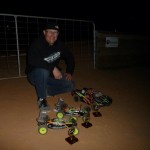