JConcepts Driver Leigh Cheeseman recently got the chance to leave his cold home town of Melbourne and head north to the warm climate of Cairns for the 2011 Queensland 1/10th Off Road State Championships. The track is situated about 20 kms south of Cairns in Gordanvale and is located amongst the sugar cane fields which are grown in this area and the beautiful Cairns mountains in the back ground.

The Cairns club did an awesome job hosting the event and by the time the finals came around each day the track had a nice groove thanks to the hard work done by the track crew.

Leigh had a great weekend top qualifying and winning both 2wd and 4wd Modified classes. This was a control tire event but Leigh used the JConcepts Rips in green compound on the front of his Associated B4.1 buggy to set fast consistent laps that kept him in front of the competition. Other JConcepts products used were Illuzion bodies and wings.

Congratulations to Leigh on this win. 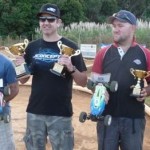 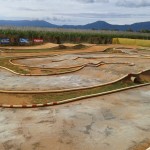 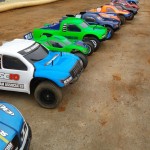 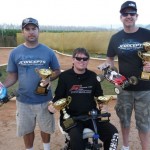