JConcepts continue their winning streak in Australia, with Ray Munday winning 4wd and 2wd modified at the 16th annual Coleman Cup against a tough field using his JConcepts equipped, Novak powered B44 and B4.1 buggies.

The Coleman Cup is an annual memorial event for a young racer who was taken at a tragically young age, and celebrates sportsmanship, racing and the love of RC cars – all things Brendan is remembered for.

Considered the biggest race of year in Victoria after the state titles, the 16th edition of this prestigious event was held at the Mildura RC track in country Victoria and attracted close to 100 entries, despite being 600km out of Melbourne. The dedicated group of volunteers at the track yet again turned out a fantastic track with a combination of fast corners (including the sweeping ‘130R’), technical sections, large elevation changes and exciting jumps.

The track was in fantastic condition on practice day, the red clay surface grooving up well and providing great traction. With winter finally over and temps reaching 26C (80F) Orange Bar Codes proved to be the hot ticket by the end of practice.

2WD Mod Mains:
2wd mod had some of the closest racing of the day. In the first final, Sterling showed his TQ was no fluke by winning the race leading from start to finish despite immense pressure from Ray Munday who finished just 0.5s behind, Ben ‘The FOS’ Roulstone in 3rd. In the second final, an early mistake from Sterling gave Munday the lead which he held for the entire race, Matt Griffin finishing 2nd 7s adrift. Munday, Sterling and Griffin all had a mathematical chance of winning going into the final leg. The track was starting to break up in a few sections requiring precise driving to stay on line. This race was a cracker with all 3 contenders leading at one point, Munday eventually prevailing by 5s over Sterling with Griffin in 3rd. This gave JConcepts Driver, Ray Munday the overall win, defending his 2009 crown from Sterling with Griffin 3rd overall, Roulstone 4th and Symes a fine 5th in his first outing in mod.

4WD Mod Mains:
Ray Munday showed the field a clean pair of heels in leg 1, taking the win by 6s with his Orange Bar Code equipped B44, Sterling in 2nd. In leg 2, a small mistake on the opening lap by Munday gave Scott Cameron a look at the lead. Munday soon re-passed him and despite pressure from Rogers, took out the leg giving him the double victory! In the 3rd leg, Scott Cameron and Mark Rogers fought for the win with Scott (Team C) coming out on top, sealing 2nd place overall behind Ray Munday with Rogers 3rd and Sterling 4th, Symes again 5th.

Next stop for the ORRCA Vic drivers series is the Keilor Cup in Melbourne on the 14th November. Thanks again to the Mildura RC club for putting on such a superb event. Thanks to Peter Brady and Amelia Symes for pictures! 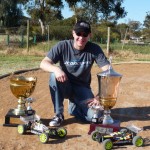 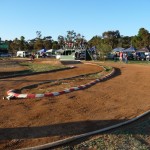 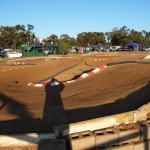 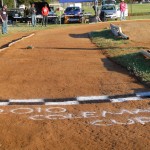 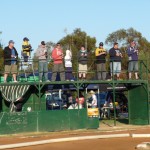