Once again JConcepts teamed up with Extreme Hobby Zone for the 2nd Annual JConcepts Bash. Drivers from all over the State of Florida were in attendance for what proved to be some of the closest racing this year.

Friday morning we packed up the trailer and headed out to EHZ for setup and final track prep. Upon arriving we quickly noticed the track was in premiere shape as Rich and the EHZ crew did a fantastic job with the surface. We setup camp and then proceeded with the final touches to the track.

By mid/late afternoon racers started showing up for some practice. I watch a few guys run and the temptation got to me; first out was the buggy! The buggy was dialed and after about 10 minutes I decided to get the truck out for a few laps. The truck was also working well, but I would need some fresh kicks on both cars for the first round in the morning. I took some time to bench race with some of the other racers and then mounted up some tires under the lights for Saturday.

Saturday morning arrived and I was pretty excited about racing. Fred “monster truck” Reep and I had an early breakfast run to McDonalds where we witnessed someone that apparently woke up on the wrong side of the bed. This guy in front of us just finished placing his order and when the cashier handed him his cup, he proceeded to yell at her about his order being to go. She calmly said “yes sir I understand, but the drinks are self serve and your order will be bagged for take-out”. Guess it didn’t register because he looks at his cup, then back at her and again started yelling at her about his order being to go….What a Jerk!

We arrived at the track around 8:15am and the track was looking great. Halloween decorations throughout, Fred had the tunes pumping, and entries were coming in. After a few hours of open practice, everyone was ready for some qualifying action.

Qualifying got underway with stock truck opening things up. Right from the tone Ron Beabout and Chris Richmond went to battle matching times lap for lap, but after 2 rounds Ron took the TQ spot followed up by Chris.

I was up next in mod truck and the field was stacked with some great competition. From the beginning everyone was right on pace taking turns leading both heats, but in the end JR was the man on top after 2 rounds. Brett Kingsbury, Sherwin Diaz, and I rounded out the top 4.

Next up was Stock SCT and this was the biggest class with 3 heats total. The high-bite blue groove conditions proved to be very tricky for the SCT class, but it was no match for T-Bone aka Malcolm Stewart! T-Bone dominated the field taking the TQ spot in both rounds with Tyler Noel in 2nd.

2wd buggy was up next and I was looking for a little bit better effort from myself compared to mod truck. Again, the racing was super tight and the lead changed almost every lap, but the extra effort paid off and I was able to take the TQ position.

Mod short course was dominated by the Associated SC10 with JR Mitch and Andrew Moore putting on a show. After 2 rounds JR was TQ with Andrew and Matt Moiseur sitting 2nd and 3rd on the grid.

Rounding out qualifying for the day was 4wd mod. The 4wd mod class was owned by Brett Kingsbury as he went on to TQ both rounds with Sherwin Diaz and Tim Davis rounding out the top 3.

During intermission everyone gathered for the JConcepts raffle where some great prizes were won. Plenty of SCT bodies, wheels, apparel, and even a Factory Team Kit were handed out.

Time for the Main events! Stock truck got things rolling with a fantastic race between TQ Ron Beabout, Chris Richmond, and Matthew Scott. When the dust settled it was Chris taking the win followed by Ron, Matthew, and Fred “monster truck” Reep.

Stock SCT B-main was up next with David Davis leading the way. The race for 2nd and the final transfer spot was between teammates Greg Lafferty and John Stefanacci, but in the end David and Greg took the 2 transfer spots in the A-main.

1/10th Mod truck turned out to be one of the best races of the year between me and Sherwin. JR Mitch got the quick start from the TQ position, but made an early mistake allowing the entire field to go by. Sherwin took the early lead and started to pull away slightly, but a mistake by him allowed me to get right on his bumper and make the pass for the lead. For the remainder of the race Sherwin applied serious pressure, but I was able to hold on for the win with Sherwin finishing 2nd and JR taking third.

With no time for me and Sherwin to catch our breath, 1/10th buggy was up next and it turned out to be another classic battle. Now it was my turn to take the quick start from the TQ position and just give it away by catching the pipe and letting the whole field by. Sherwin and Andrew took full advantage and quickly pulled away from the field. I just strapped it up and quickly made my way back up to 3rd and set my sights on 2nd. Andrew and I had a great battle for 2nd while Sherwin was just cruising out front. Once I got by Andrew, Sherwin made a mistake and that opened the door for me to try and catch him. I pushed really hard and made up some serious ground, but just ran out o time and Sherwin took the win with me and Andrew finishing 2nd and 3rd.

Mod SCT was the JR and Andrew show once again. JR and Andrew quickly pulled away from the rest of the field and then began to battle. JR appeared to be a little quicker, but they kept it interesting swapping the lead numerous times with JR finally taking the win followed by Andrew and Matt Moiseur in 2nd and 3rd.

1/10th 4wd mod was the Kingsbury show. Brett Kingsbury took the early lead and never looked back. The race for 2nd really heated up though as Tim Davis and Sherwin swapped positions a number of times. The race finished with Brett, Tim, and Sherwin taking the top 3 in that order.

And finally the show case showdown; Stock SCT! Qualifying was dominated by Malcolm Stewart, but as everyone knows the SCT mains can get crazy. At the tone Malcolm grabbed the quick start from the TQ position and was cruising, but Tyler Noel was making his way to the front. Things really tightened up between Malcolm and Tyler as they came up on lap traffic and Tyler took advantage by taking the lead. Once in the lead Tyler began making mistakes allowing Malcolm back into the race. Malcolm stepped up the pace and took back the lead and easily pulled away. The big surprise was Craig Lowe’s charge from the back of the pack. Craig stayed super clean and ran his own race just picking up spots and finally working his way into 2nd. The final finishing order was Malcolm, Craig, and the youngster Austin Blankenship.

What a great event and thank you to all the racers that came out and supported the 2nd Annual JConcepts Bash. Also a special thanks to the EHZ crew for a great venue and the race director/music DJ Fred Reep from R/C Monster Motorsports 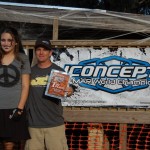 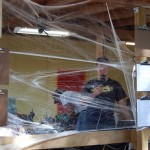 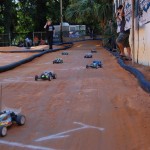 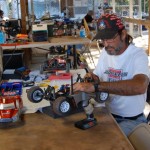 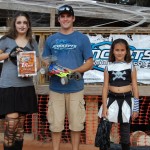 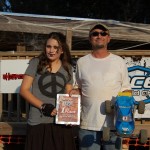 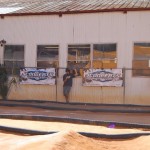 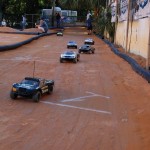 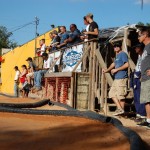 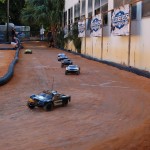 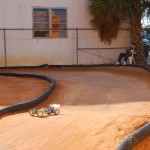 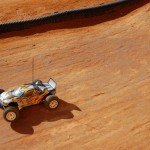 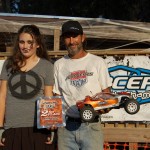 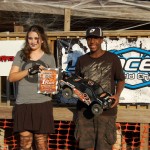 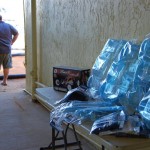 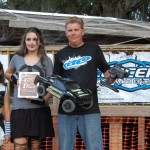 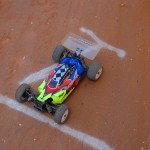 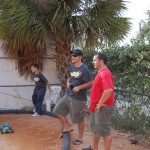 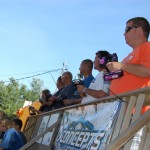 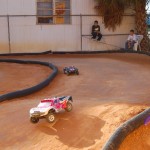