Club R/C located in Houston, Texas hosted their first Dash for Cash race. Dave Duncan made the trip from Florida to represent JConcepts and to assist the team attending the race with Dustin Evans, JR Mitch and Tanner Denney in attendance.

On Friday, the doors opened at 9am for a full day of practice. The track had a new layout installed less than a week ago so it was starting to build grip as practice went along. Dustin, JR, Tanner and Dave felt that Gold Dirt Webs with Dirt-Tech inserts front and rear of all cars was going to be the fast ticket.

On Saturday morning doors opened at 7am with 2 hours of open practice. Drivers meeting and the start of round 1 qualifying at 9:15am. Qualifying was based on your 1 fastest round. 4 full rounds were run on Saturday. All A mains where set with the 1 fastest qualifier and no bumps with triple A mains being run to decide the over all winner of each class.

The Dash For Cash event had teams set up for the money pay out. The teams where picked by pairing the Top Qualifier of each class with the last place qualifier in the same class. Then the 2nd place qualifier was paired with the second to last qualifier and so on and so on.

Thanks to Brandon and the crew at Club R/C for all the hard work and a well run program. See you all at the next one. 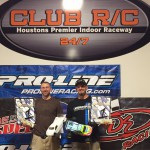 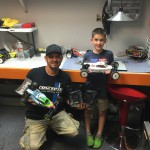 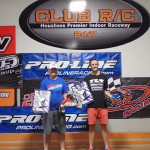 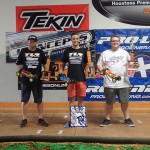 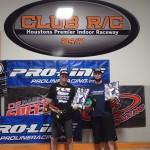 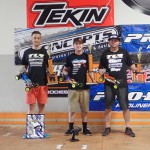