Whoa, check this bad boy out! Tamiya‘s TA07 Pro borrows from the race-proven TRF419’s design, but adds a unique chassis and trick single-belt drivetrain that allows you to change motor position without changing out belts. As the first new-number “TA” car since 2011’s TA-06, this latest ride is definitely a big deal for the Big T. Official details below. 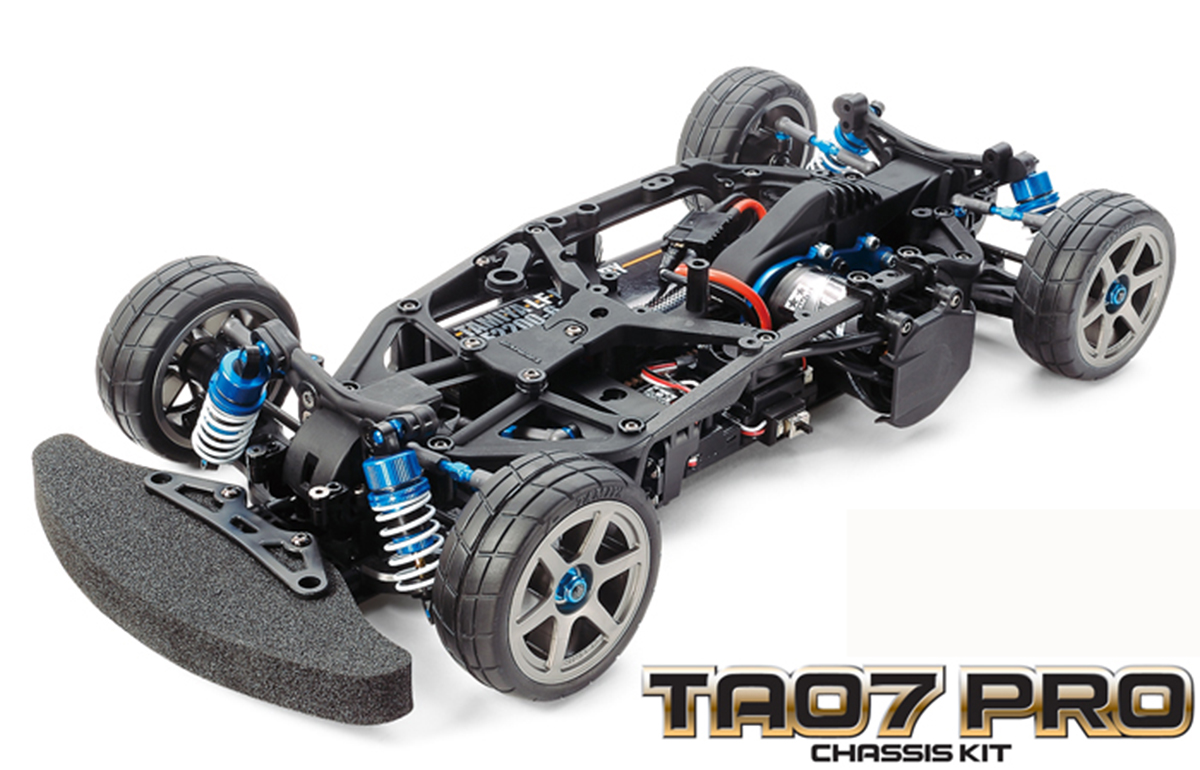 The caged design looks like nothing else on the track. There’s a composite plate chassis underneath.

Here’s a better look at the main chassis, but the real star is the single-belt drivetrain. 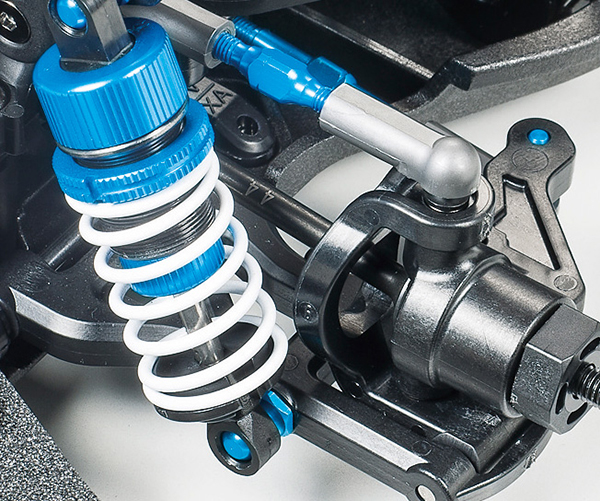 The TA07 gets much of the TRF419’s  suspension, including slick TRF (Tamiya Racing Factory) shocks.

The TA series of mid-range touring car chassis has been running since 1991. The TA series is a great option for racers, plus those ready to take the next step from entry level machines such as the TT model series. The TA series now receives an update with this brand new model – the TA07 PRO chassis, which is the first new-number variant since the TA06 in 2011. It utilizes a new composite layout, fused with proven part designs from the top-class TRF419 chassis suspension. As a result, the chassis features highly optimized flex characteristics, plus tried and trusted drivetrain parts in a fresh 1 belt-driven setup.

The upper frame allows for a symmetrical chassis design, which in turn helps to optimize chassis flex.

Note: that front/rear stiffener, and center brace parts are attached separately to the integrated lower and side frame piece.

The efficient single belt winds back around the main and counter pulleys. Using one belt as opposed to two facilitates the changeable motor position feature. It allows simple reconstruction of the chassis using the existing belt rather than many different lengths.

The 3 motor positions cover a total range of 52mm. Changing motor positions is easy; just take off the cover, remove 2 screws, and re-attach the motor mount in the desired position.

TRF419 suspension parts and gear differentials give top-level performance and reliability. Like on the

TRF419, the servo mount is attached on one side only, with chassis flex in mind. The battery can be removed via the chassis side.