Here’s the REAL “Behind the Scenes” on the NOT Fake Qualcomm RC vs. Formula-E Video

When we last shared Qualcomm’s RC vs. full-size Formula-E video, we had some fun pointing out what appeared to be fakery that went into it based on the “Behind the Scenes” clip that accompanied the video. Turns out there’s a lot more to it than that clip, which definitely didn’t do the production team any favors when it came to revealing their hard work and showing the actual technology in use. Reed from the YouTube channel “UrbanRcLA” is the man behind the RC work and turned us onto the clips below that show they did in fact have Qualcomm-built custom cars with functional induction chargers and phone-control systems.  Says Reed:

All those bullet points are backed up by the videos below, which are fascinating. Too bad we didn’t see these earlier! 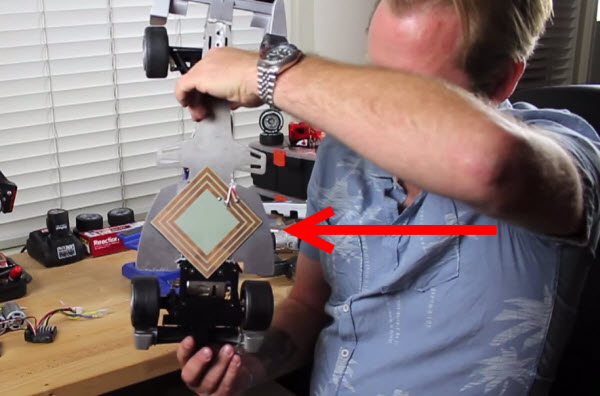 Here’s a grab from the first video above, which shows the induction coil on the custom aluminum-chassis car built by Qualcomm. The coil is what allows the car to charge wirelessly.

We’d love to see the shots that didn’t make the final cut–Reed, post ’em if you can hook it up!

Here’s the final video, in case you missed it:

The post Here’s the REAL “Behind the Scenes” on the NOT Fake Qualcomm RC vs. Formula-E Video appeared first on RC Car Action.